YES, THERE ARE IDIOTS AND RACISTS … EVERYWHERE !

I am and I’ve always been against all forms of violence. I am one of those who fight for peace and believe, proudly and naively (in the way Schiller intends it) that tomorrow, yes tomorrow, Human beings will stop subjecting each other toviolence and atrocities. And that humanity, yet aesthetically educated by art and science, by beauty and truth, will regard violence as a human morality dinosaur, which is forever extinguished !

My commitment to the cause of mankind has, for that matter, been greatly inspired by Amélia Boynton Robinson and her fight (she was a leader of the American Civil Rights Movement in Selma, Alabama, who worked with Martin Luther King). I had the honor to collaborate with her via the Schiller Institute of which she was a founding member and when I co-organized a conference tour for her in France in 2006. I guess that lately among the people who have been expressing their anger against the racism through their smartphones and their WhatsApp, many of those have never read her book – or even heard about it. If these people really wish to know the meaning of a resistance against all forms of discrimination, I invite them to look at this great lady who pursued her fight during her entire life, and at great personal risk. As such, I invite you, dear readers, to spread this video where you can see Amélia Boynton Robinson telling her story. A video that reminds us that the course of history does not change by sharing messages on our facebook accounts…

What I reply to messages on « Chinese violence » against Africans

I am an angry man. Yes, because for the past few days, I’ve been receiving WhatsApp videos of Chinese people hitting violently, excluding and mistreating Africans. Let’s make a clear statement: yes, they are idiots and racists !

But why make of this specific case such a big deal? To those who spread these videos or this kind of call for rebellion and boycott (I received five of them only this morning) such as :

« Dear Brothers and Sisters citizens of the countries of the African Union, the Americas and the West Indies!! In view of all that has happened in China against the citizens of our Nation, and because of the Black color of our skin – mistreatment, humiliation, debasement, discredit, various violence and other false accusations against Our Nation – which would be according to them, at the origin of the Coronavirus’ outbreak in China and in the world, etc. »

To you, therefore, I ask : (yes you who share in mass these calls for violence against Chinese people in Africa) have you considered that the purpose of these images could be, precisely, to add violence to violence, and hate to hate? Who would have an interest in deteriorating relations between China and African countries? Have you wondered about this?

Did you know that in the United States every day a black man is killed by the police, according to official statistics ? Worse : the Washington Post has counted 2,945 deaths, since 2015 – which is twice the number of death officialy declared every year! Despite this situation, I do not receive dozens of calls for boycott and violence against American people living in Africa… And even if it was the case and that in view of these realities this could be justified in principle, I shall never approve it. But I would still ask you this: do you keep using GAFAM, wear Nike and eat at McDonald’s?

Where and why did this violence against Africans take place?

But let’s calm down and set the record straight on the matter that interests us today. The mistreatment and discrimination against Africans, if they are indeed intolerable, did not take place EVERYWHERE. No, they only took place in Guangzhou (Canton), China. Guangzhou is the hub of transit between China and Africa, and is therefore home to the largest number of foreigners living in China, many of whom are from Africa. Many African companies and traders have also settled there.

After Wuhan, Guangzhou, the capital of Guangdong Province, was the second chinese city where the outbreak was reported. Although the number of cases has dropped drastically due to the country’s general mobilization to eradicate the disease, Guangzhou has experienced a number of imported cases of coronavirus. After a certain number of Covid-19 cases were identified in a restaurant situated in an African zone of Guangzhou, the authorities decided to take the lead (as we would have liked them to do in our own countries), by testing many Africans and using the same modus operandi as in Wuhan: door-to-door. If they test positive, the inhabitants, whatever their nationalities (Chinese, African, etc.) are placed in quarantine. But it turns out that in this specific case, some agitation emerged, especially among certain individuals in the African community – some going so far as to refuse quarantine measures.

It was then that a frenzy spread among Chinese citizens, fearing a massive resurgence of the coronavirus via African residents. This led to an outburst, some Africans having been evicted from their hotels or their homes by their owners, and others who have been subjected, as we said, to unacceptable violence. As these stories returned to Africa via videos spreading all over the internet, African governments had to react. Some of them publicly denounced the treatment of Africans in China, others, more cautious, simply called the Chinese ambassadors to request an explanation.

On April 13, Foreign Ministry spokesman Zhao Lijian publicly dismissed claims of discrimination against foreigners, but that was not enough to calm down the heated minds. Of course, this could have a negative impact on African opinion, even endanger the safety of many Chinese people who work and live in Africa. Because other videos are spreading now, this time showing Africans in Africa, expelling, insulting (or even more) Chinese citizens. The loop of stupidity and racism is therefore complete !

The role of the Western media

Unfortunately, it was predictable, the Western media hastened to add fuel to the fire. On the front lines: the BBC and CNN, who could not help make things worse, in a clear attempt to undermine the close co-development relations woven between China and its African friends – as we often demonstrate it in our letter, relations which are really problematic for the anglo-american establishment. Some other international media have even gone so far as to falsify information, clearly to stir up hatred between communities. For instance, a video showing a knife attack has widely been spread – a video that I myself received several times from African friends – until we realized … that this video has actually been filmed … in the Bronx, in New York, in front of a Chinese restaurant! Information finally clarified by the french news website « 20 minutes ».

Let’s not be stupid : behind this whole thing is hidden – barely – the work of very neoconservative think-tanks. The most active, close to British intelligence, is none other than the Henry Jackson Society (HJS). Without complex, it squarely launched a call to mobilize the world against China ! In parallel with the Atlantic Council in Washington, it went so far as to organize a virtual forum on the fight against China, entitled: “The Atlantic Alliance During a New Age of Great Power Competition.”

. Its theme: The British must bring the Western world together to confront the authoritarian dictatorship in China, which is using technology, medical support, and infrastructure building to subvert the Western world and impose their form of social control on the rest of world. Their speakers: John Hemmings, the founding Director of Asian Studies at HJS and a professor at the Inouye Asia-Pacific Center for Asia Studies; Theresa Fallon, founder and director of the rabid anti-Russia and anti-China Centre for Russia Europe Asia Studies in Brussels; Jakub Janka, Executive Director of European Values (a Prague-based group trying to stop China’s 17+1 infrastructure projects in Eastern and Central Europe. For instance, Serbia, Hungary and Italy were repeatedly targetted as having fallen for this dastardly ploy)

Janka listed China’s supposed “four objectives in Central and Eastern Europe”: force countries to break relations with Taiwan; let Huawei’s 5G in, to spy on everyone; stop all complaining about human rights in Hong Kong, Xinjiang, or China generally; and force them to blame someone other than China for the COVID disaster. ! Can’t you hear the foggy echoes to many rumors that have been spreading on social networks? Janka summed it up: « This is a new Cold War, whatever else you want to call it, between China and the Free World. It’s already here. » And we all know that in a war, even a cold one, all blows are allowed.

So, if we firmly condemn the acts committed in China against the African community, we call above all not to let ourselves be manipulated by the Western warmonger, already responsible, let’s not forget, for numerous looting and massacres on the African continent itself.

As Martin Luther King said : « We must learn to live together as brothers or perish together as fools. »

Powered by WordPress | Designed by Tielabs
© Copyright 2013, All Rights Reserved 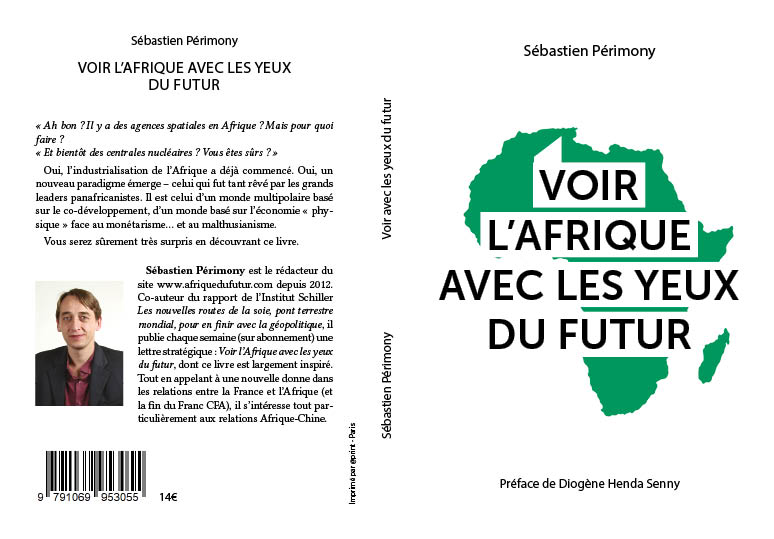